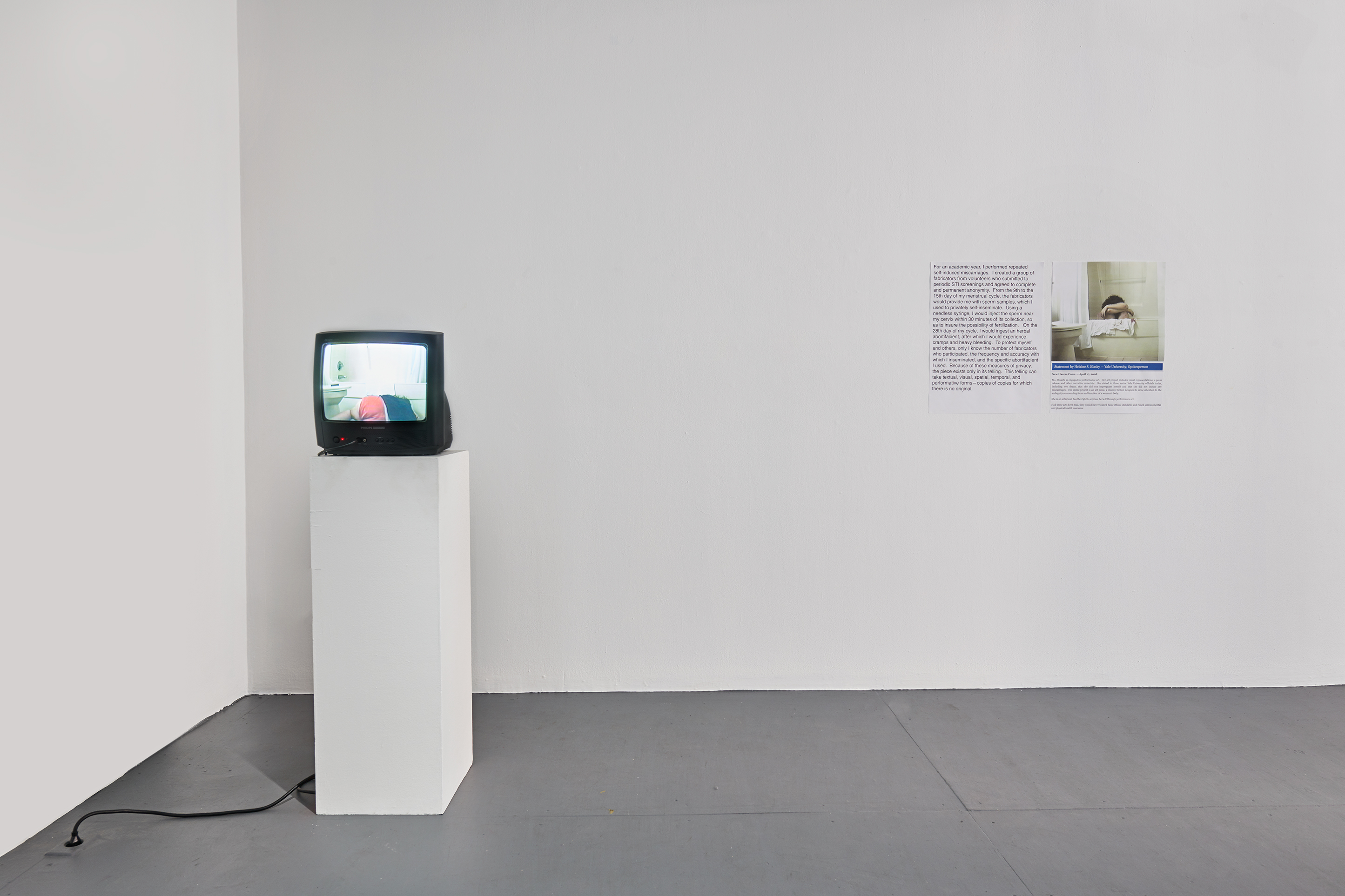 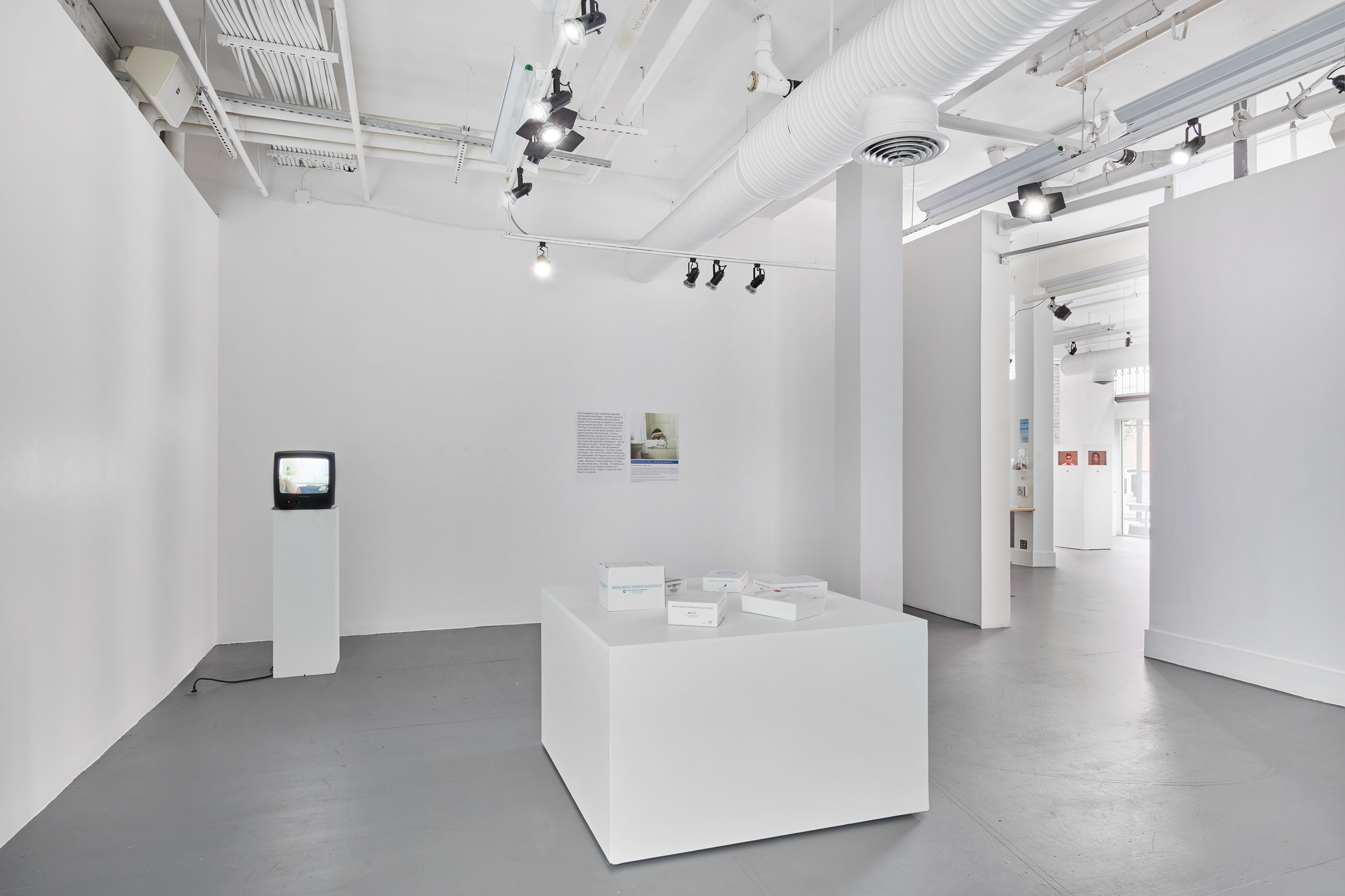 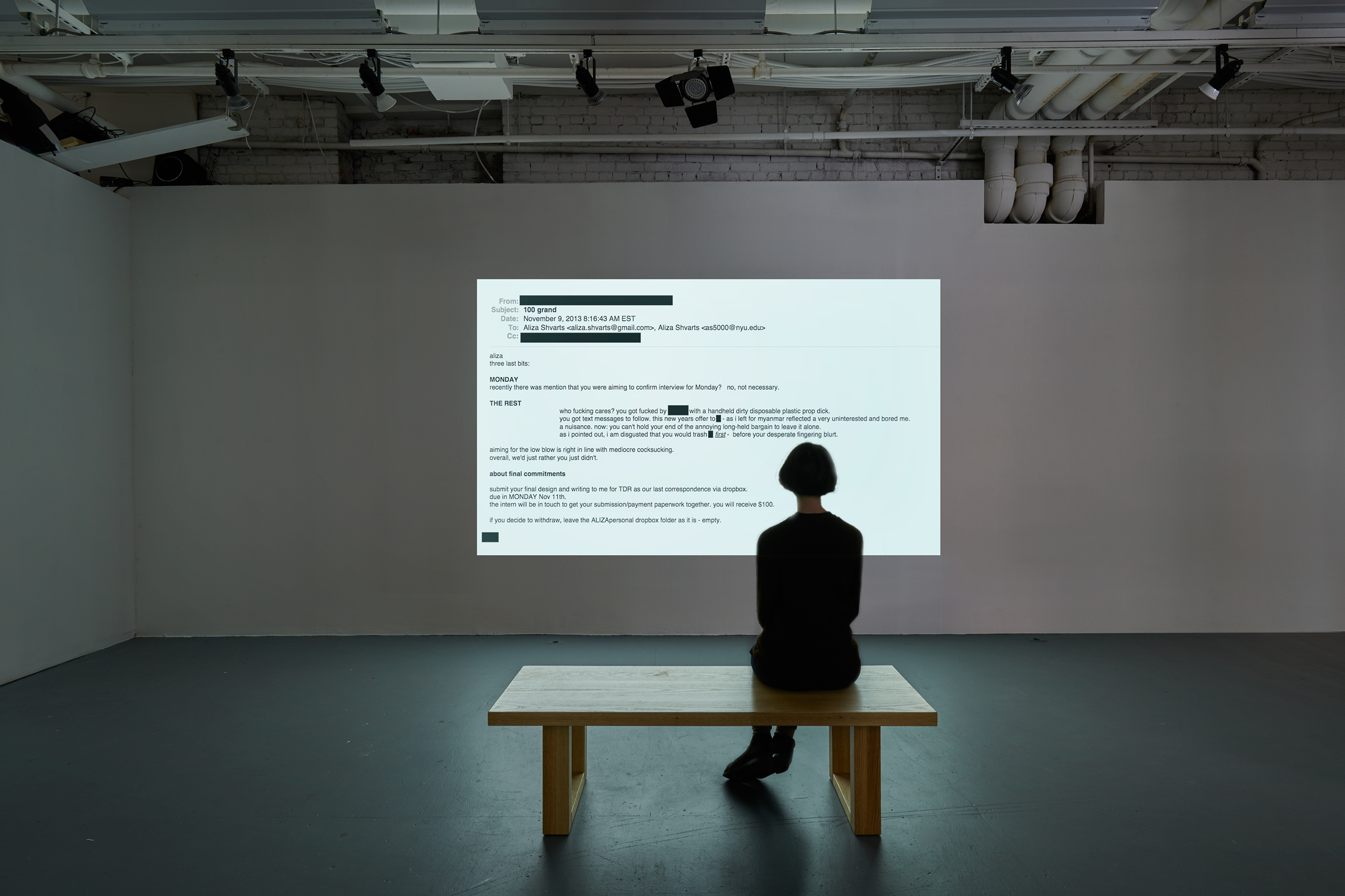 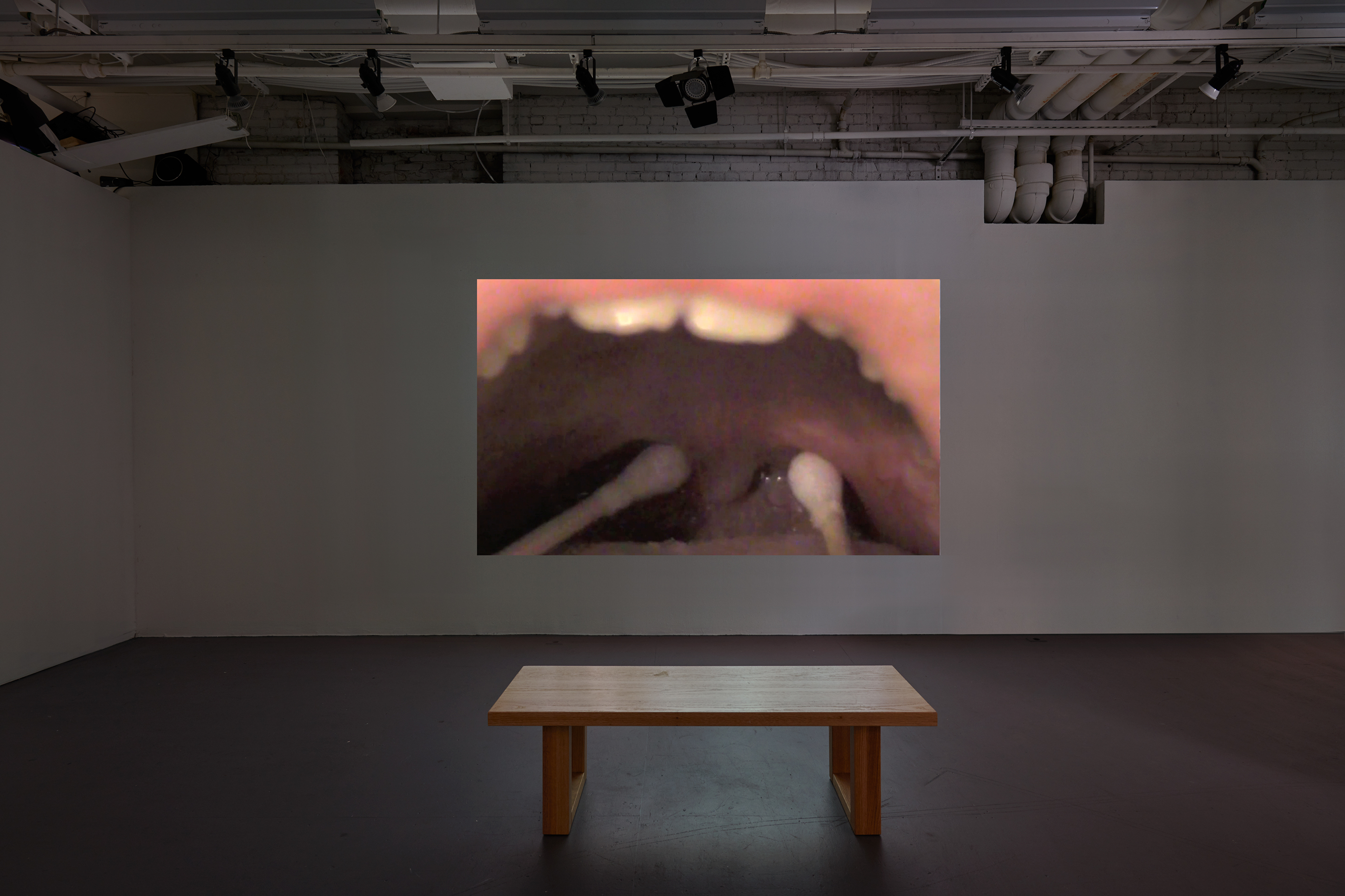 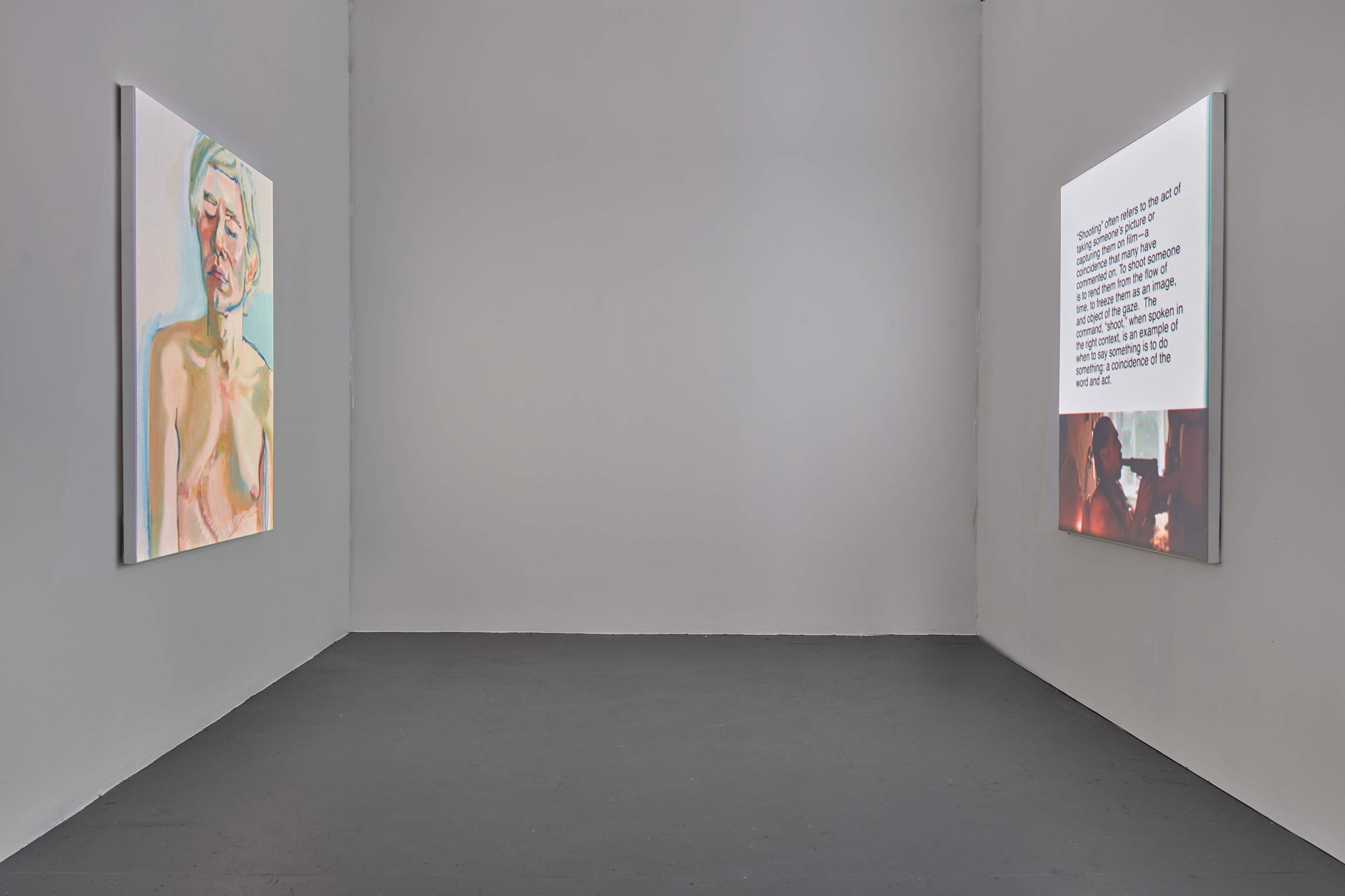 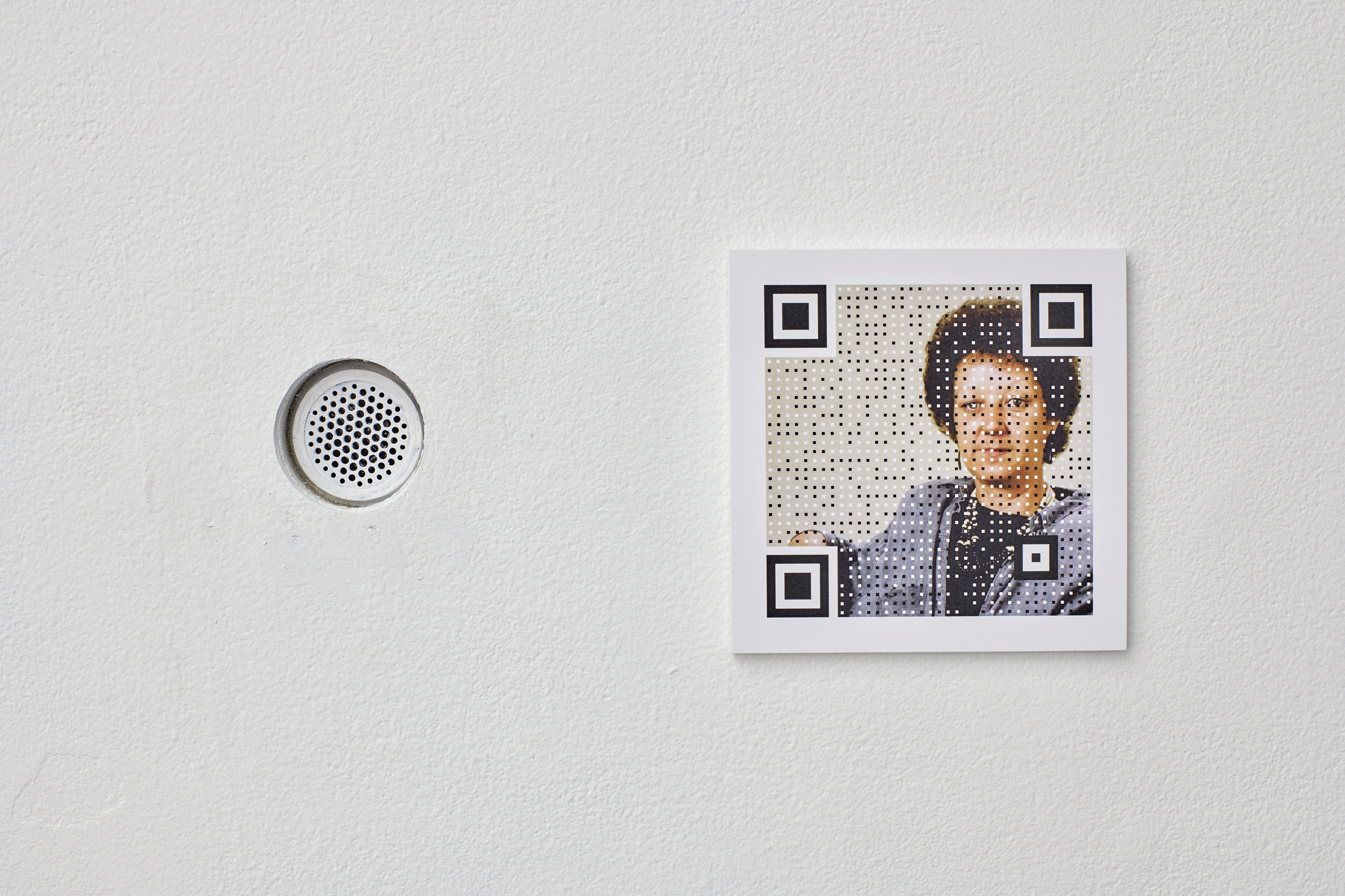 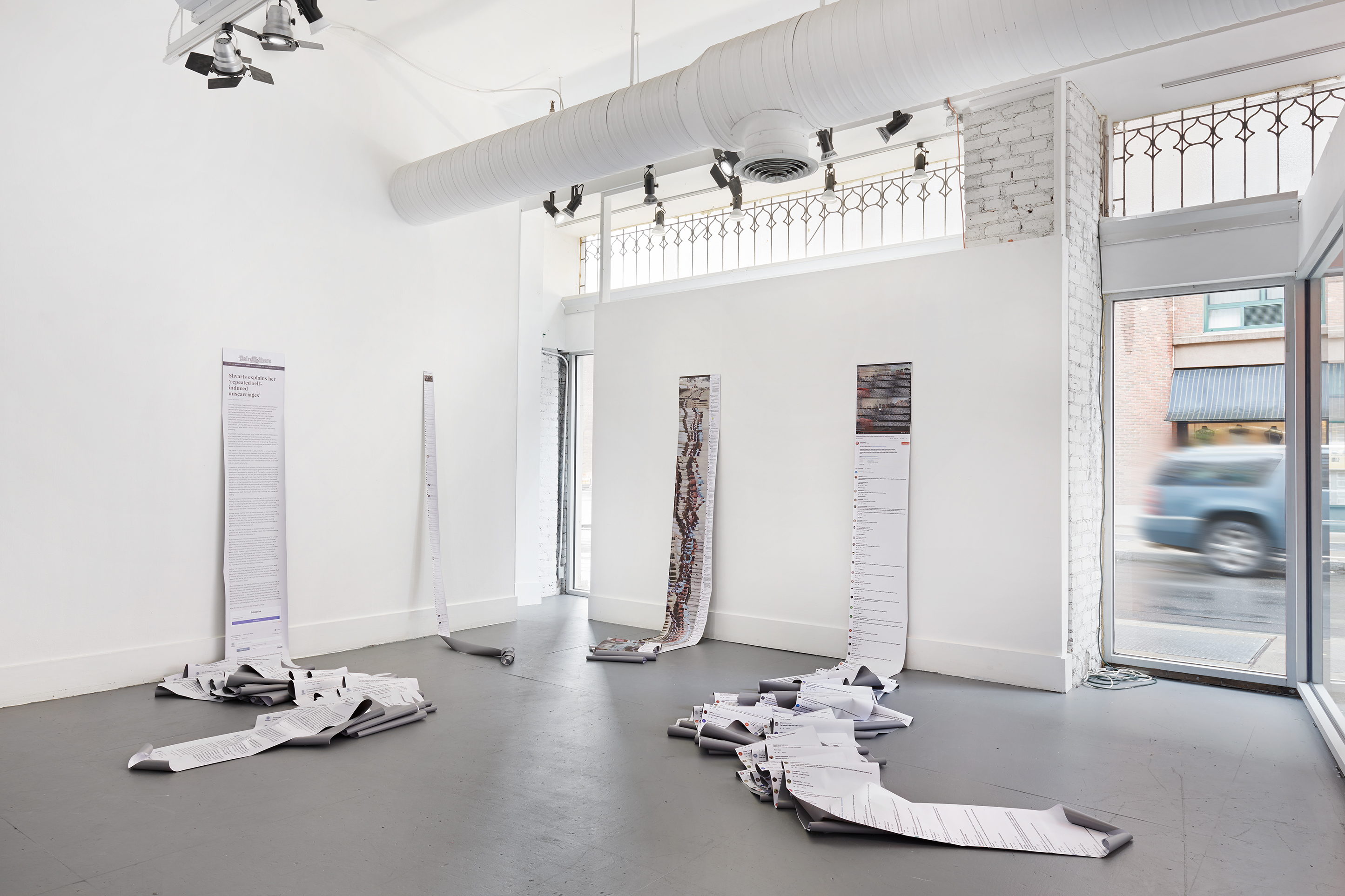 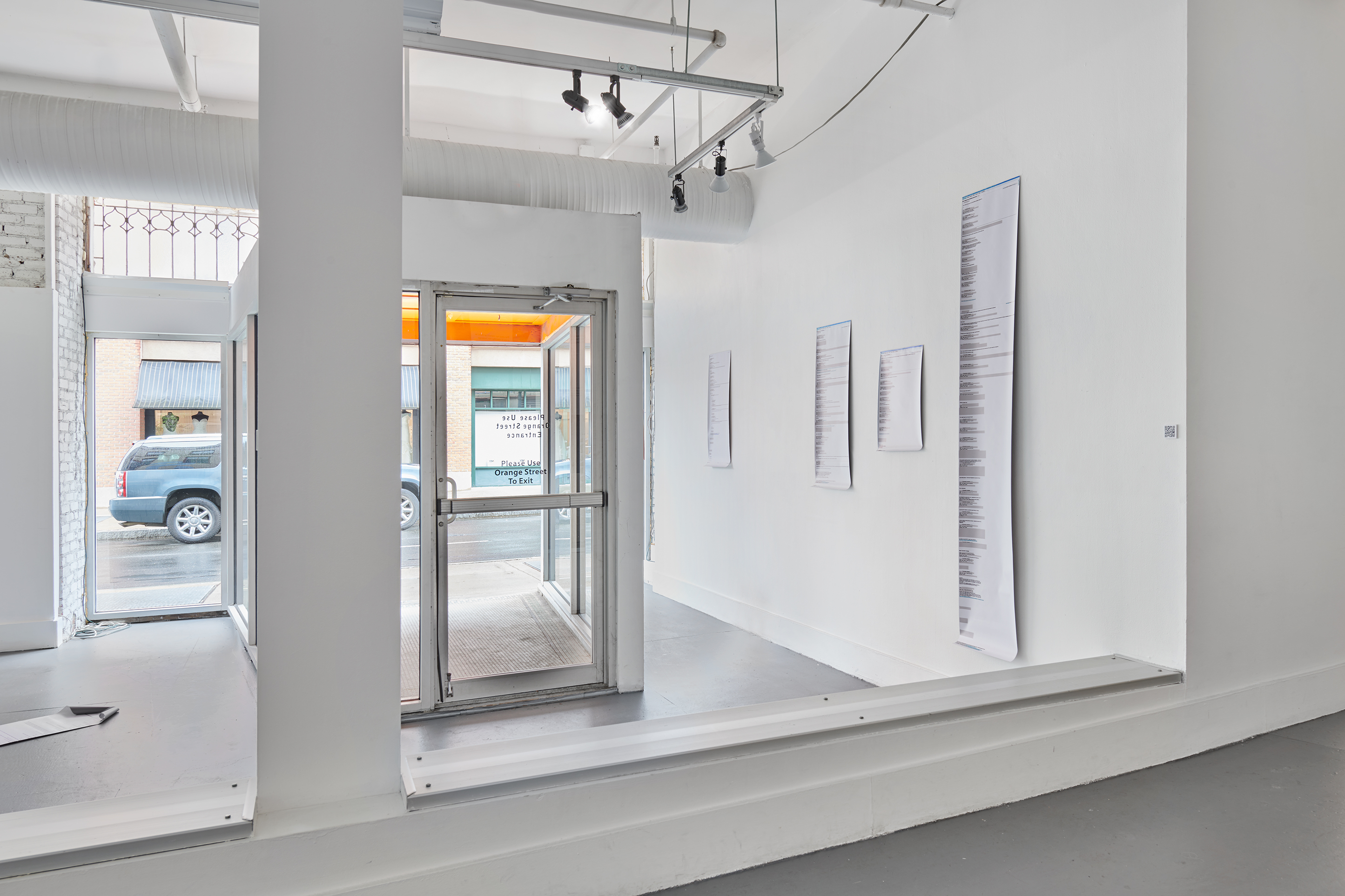 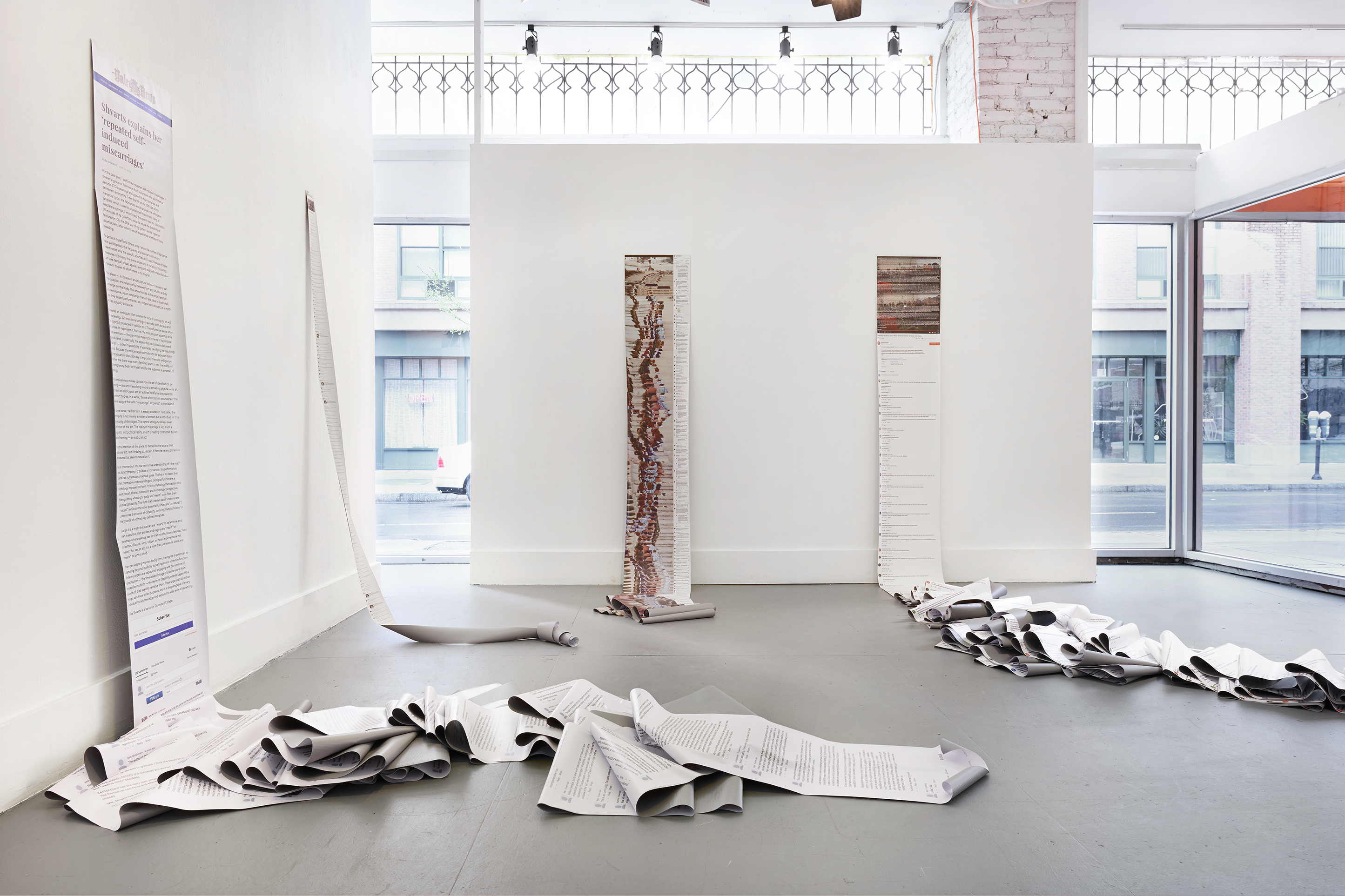 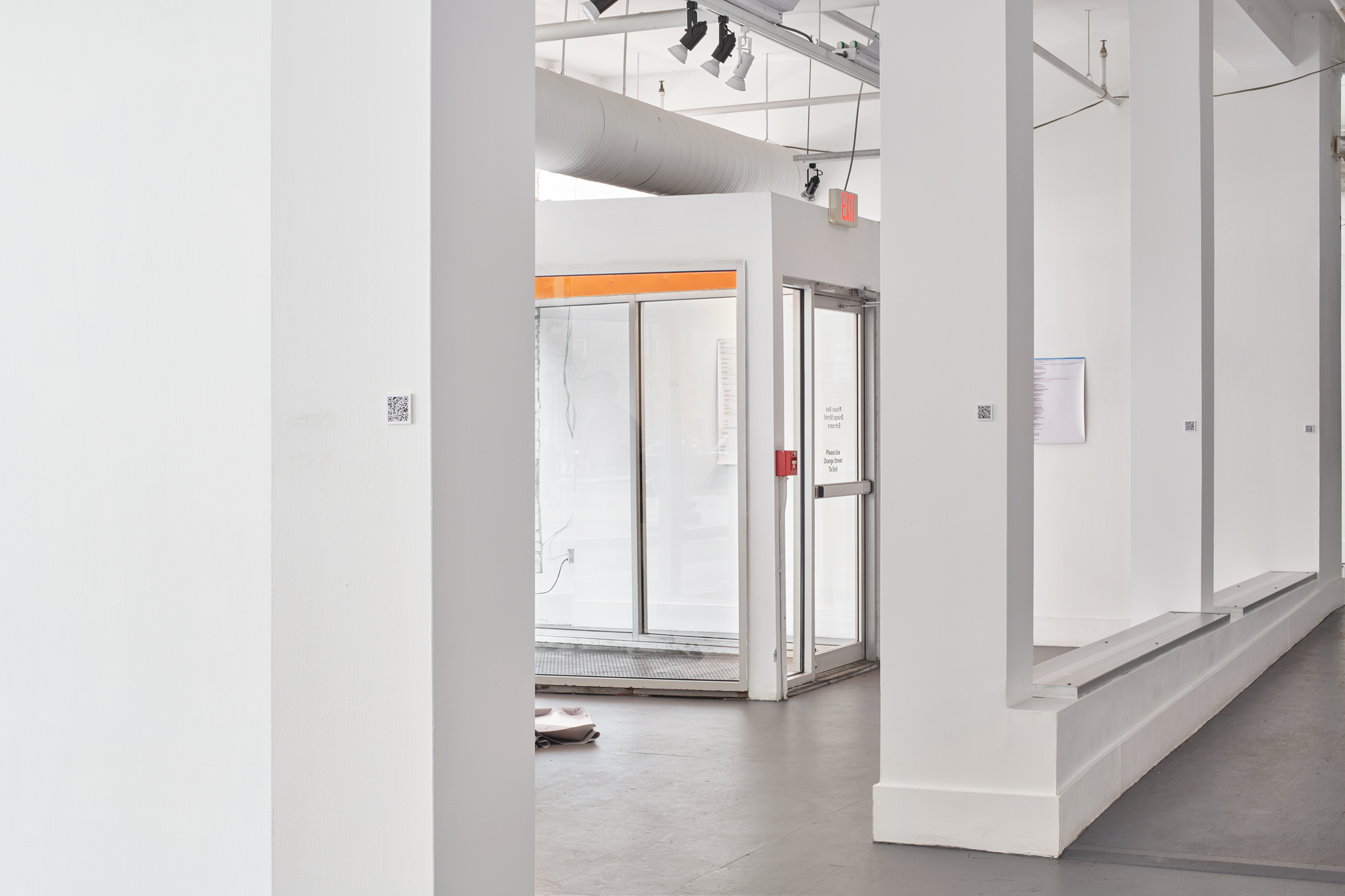 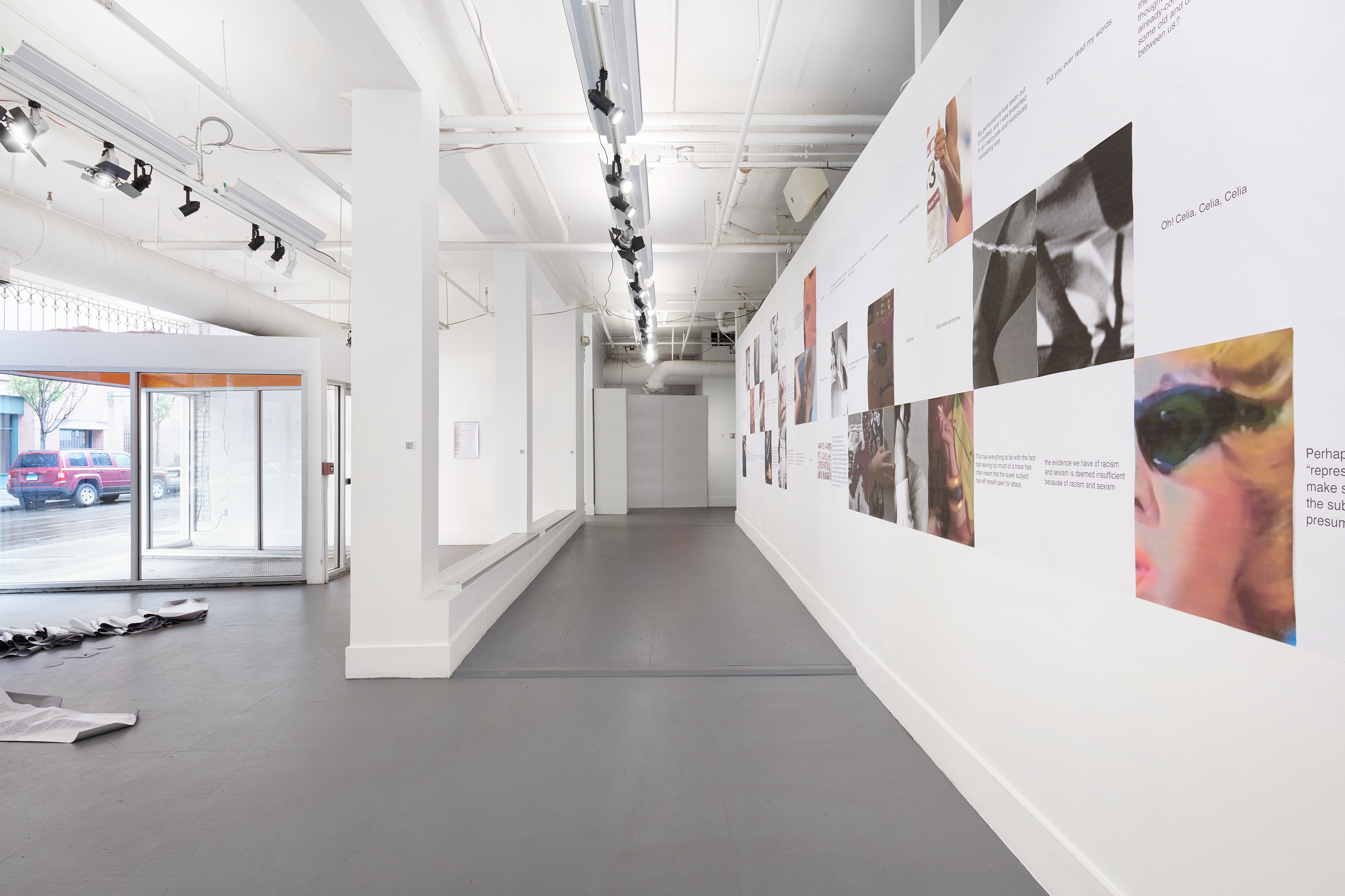 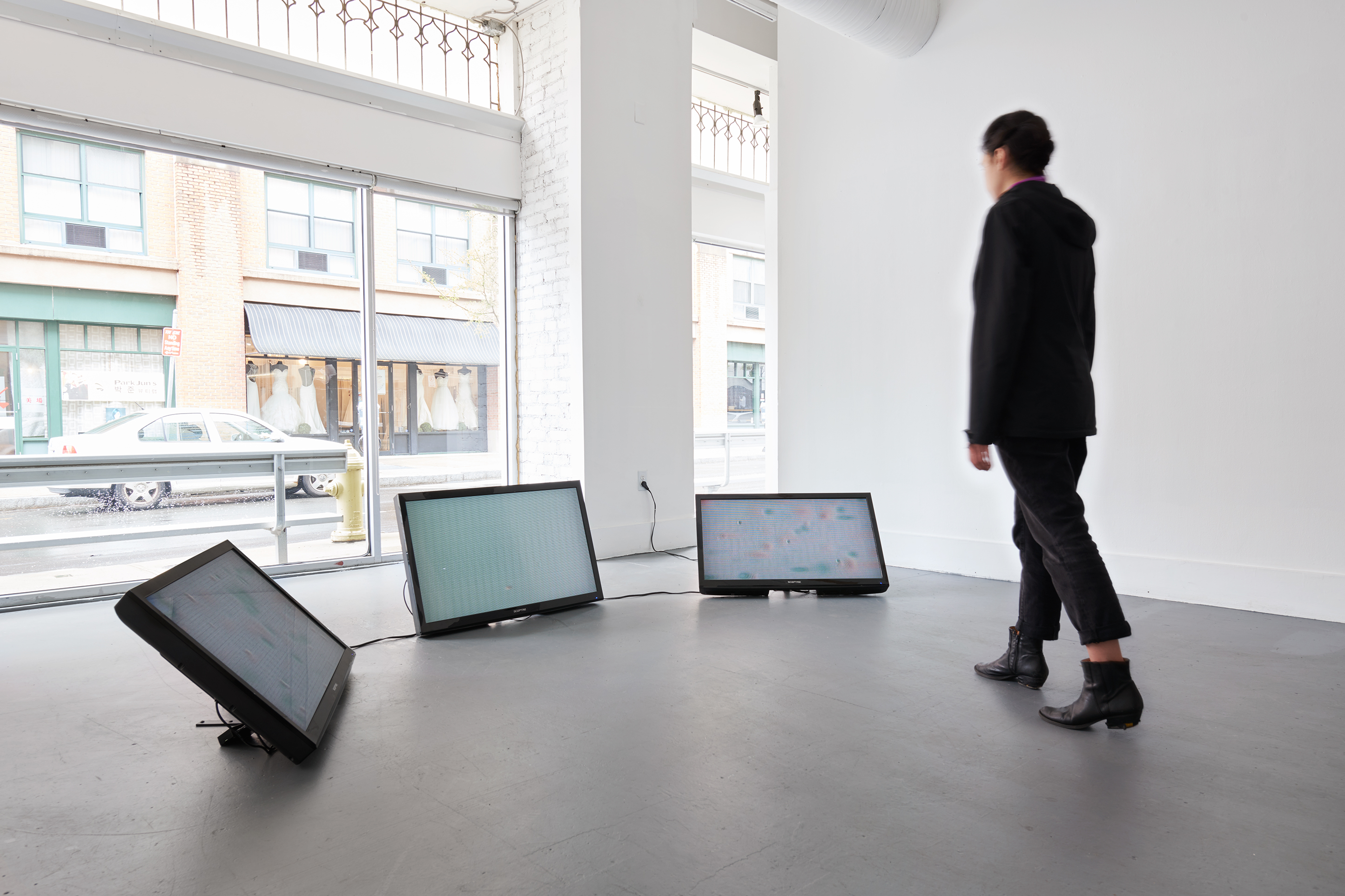 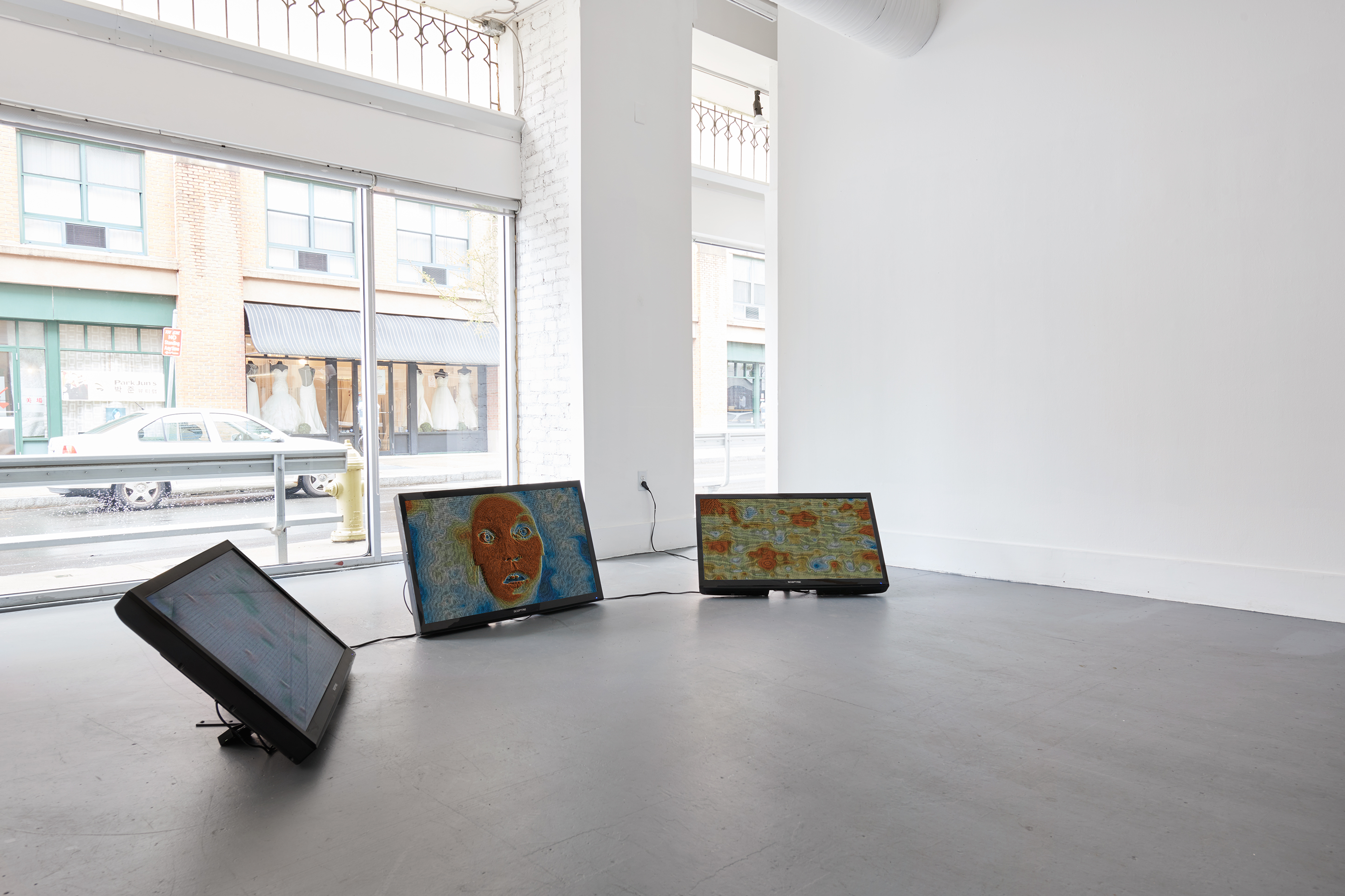 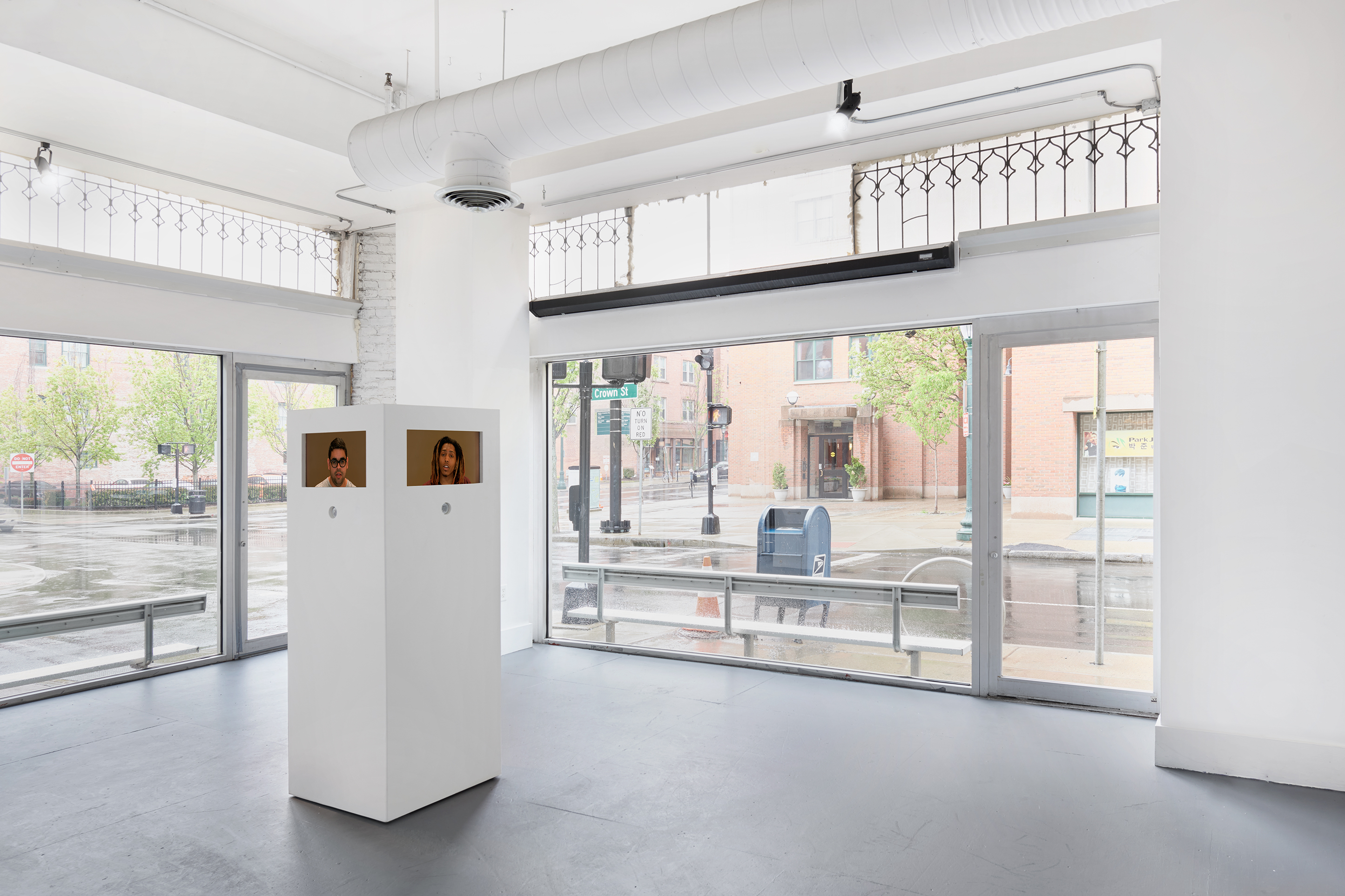 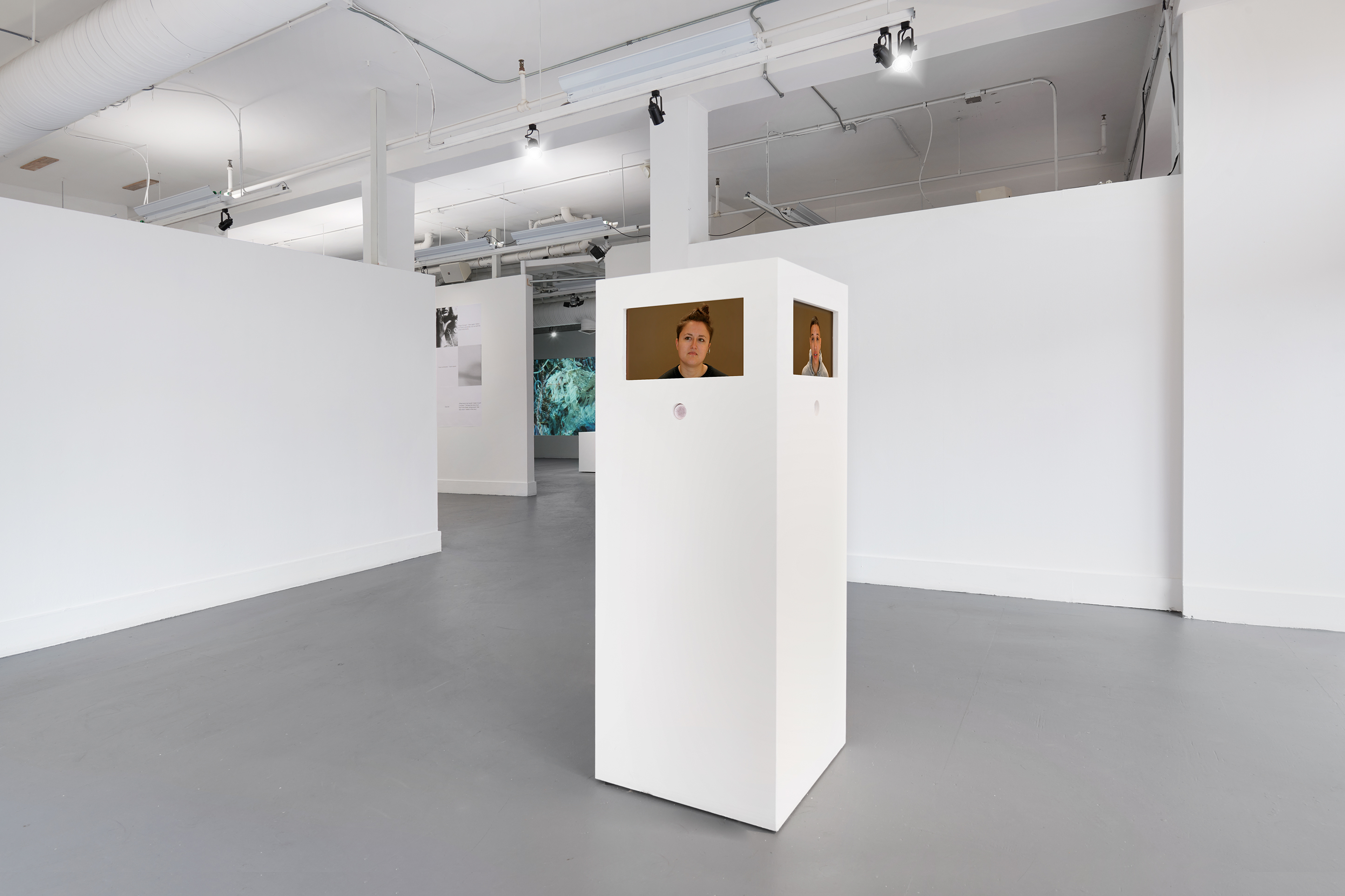 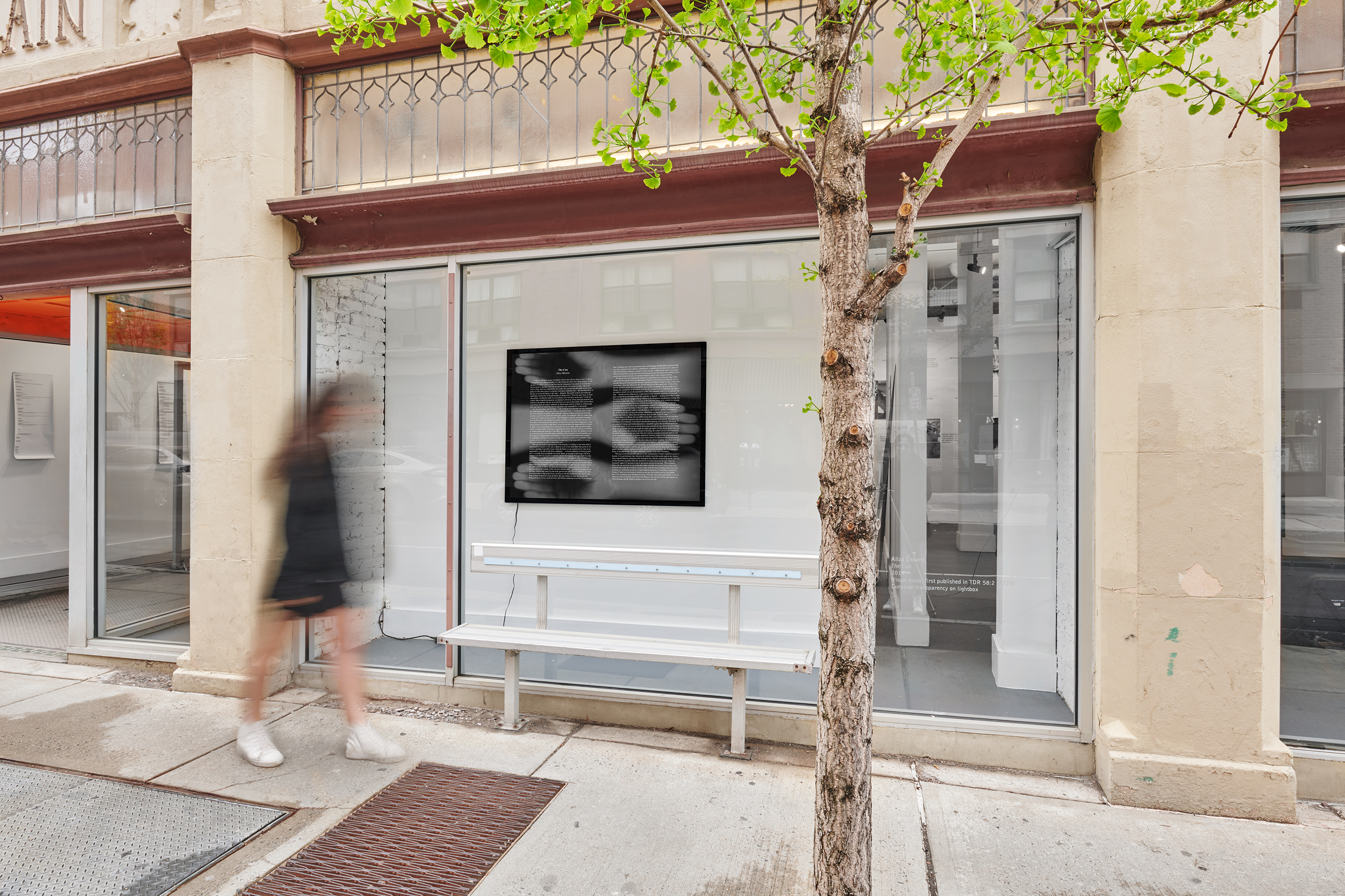 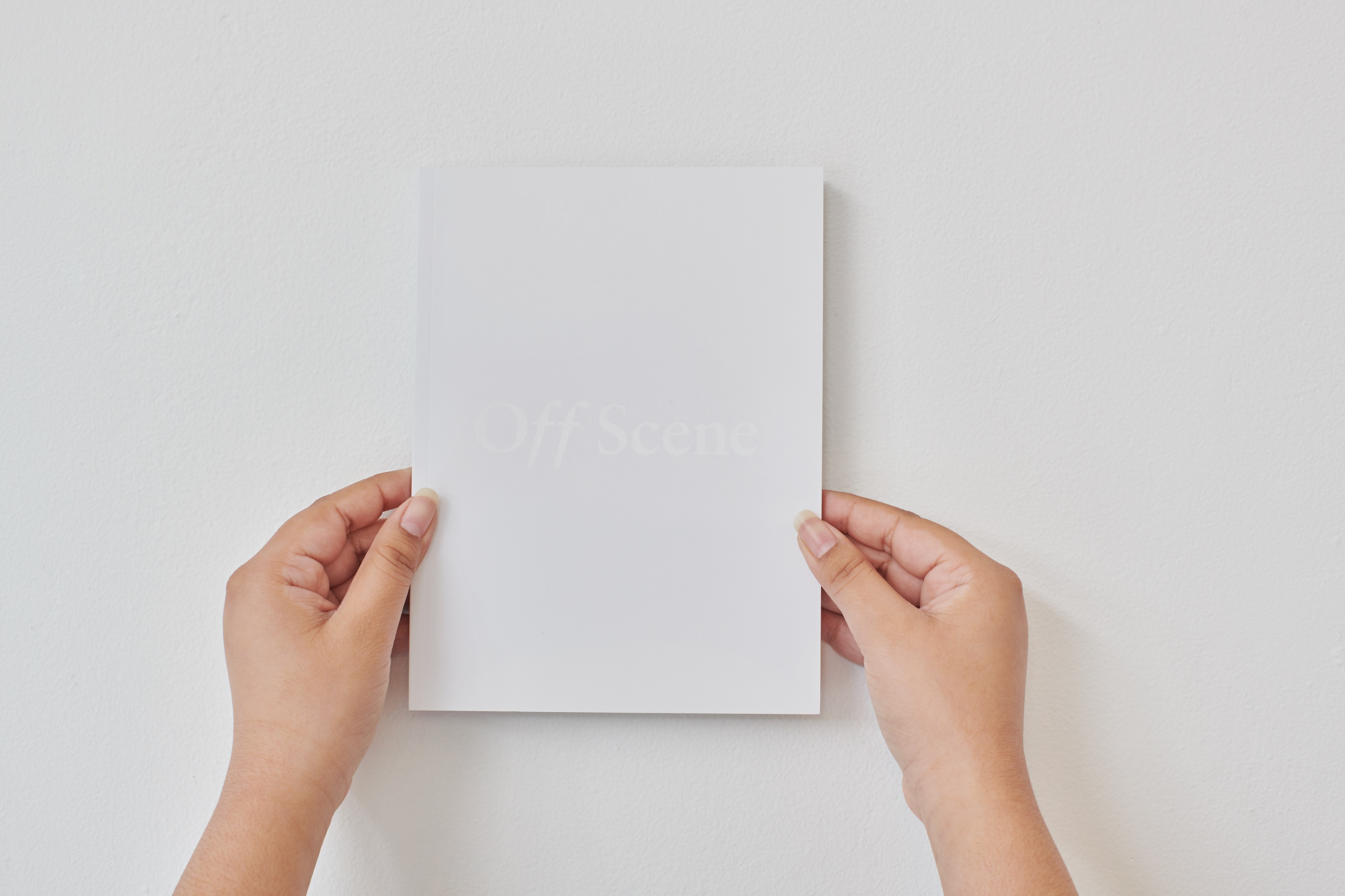 For ten years I lived a strange contradiction for an artist: I'm best known for a piece that no one has ever seen.  In 2008, I came to national media attention for my senior thesis in the Art major at Yale, which was banned by the university and has never been shown in any public way.  My project, though controversial, was inspired by questions that I think are central to both feminism and art: What are our capacities as makers?  What can a body do?

Controversy often has the effect of focusing attention on the individual; yet I've always understood my work as contextualized within a larger collective of feminist artists who explore similar issues of agency and self-determination.  It's through this lens of collectivity that framed my solo exhibition Off Scene.  Off Scene was developed with a women-run nonprofit gallery in New Haven, CT called Artspace.  It  includes some of the censored visual material from my 2008 senior thesis piece alongside a survey of my work from the past decade, including several new works.  I imaginined the show in its entirety as a site-specific installation.  The title refers to how Artspace exists in the shadow of several powerful institutions—not only Yale University, but also the New York-centric art world.  At the same time, it is a metaphor for other kinds of marginalization: for the kind of work that takes place in the shadows, gets overlooked, silenced, and erased.

Off Scene names for me a kind of feminist practice: not only my own efforts as an artist, but also our collective endeavors to navigate conditions that marginalize, erase, and silence us.  It refers to the body's capacity to disrupt—a capacity often disciplined as ob-scene.  Off Scene describes a status of women's narratives: specifically, how the capacity to speak and testify is structured by gendered and racial exclusion—an issue that has become timely again in the wake of the recent national speaking-out about systematic sexual assault.  Off Scene also refers to women's work: not only the fact that women are not payed an equal wage, but the fact that many of the labors we perform that have to do with the maintenance of our families, ourselves, and our communities, are not recognized or valued as “work” at all.  In addition to exploring these themes in my work, I co-organized a roundtable discussion with Robert Post, Sterling Professor of Law at Yale University, which brought together art historians, legal scholars, visual artists, and other audience members to discuss broader questions of feminist representation and censorship, political legibility, and institutional power.  I also hosted a closing performance by Valerie Werder entitled "A Notable Fiction," which explored the relationship between the writing of fiction and the writing of history.  Finally, I required that Artspace become a W.A.G.E-certified organization.